We are once again pleased to have two of the top artists in Polynesan tattooing visiting at Skin&Bone... Brent McCown and Dmitry Babakhin

Brent McCown is an award winning Tafuga coming from New Zealand who specializes in Maori as well as traditional Samoan Tatau or hand tapping. Brent is one of the new generation pushing the traditional style and tools into the 21st Century and has been instrumental in developing hygenic tools that can be used in the traditional technique. As Brent says, "We're now working cleaner than the machinists". :-)
Brent has also pushed the traditional designs in new directions to share with a global community. Experimenting and mixing things up to give the designs an individual placement and look that so as not to offend any tribal affiliations while still staying true to the style.

Brent will be attending the Goth Ink Fest http://www.gothinkfest.se/ from the 31/8 - 2/9... but will be arriving a few days early to work at Skin&Bone

You can contact Brent at ataiatattoo@hotmail.com  or see more of his work at http://www.tattootatau.at/ 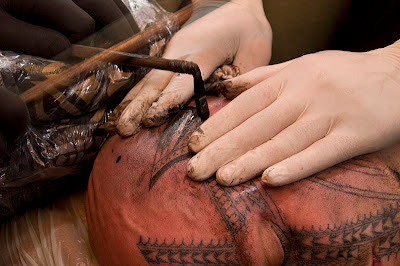 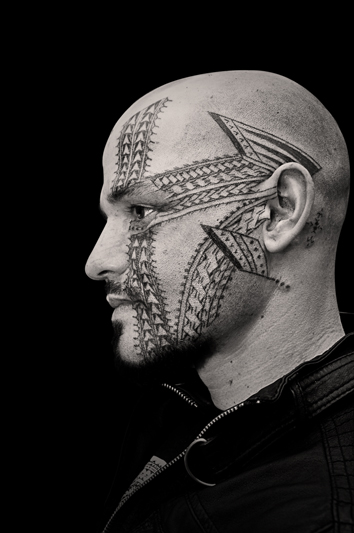 Dmitri Babakhin from "Bang Bang Custom Tattoo" in St. Petersburg, Russia babakhin.com
Through my years of travel I've met and befriended many traditional Polynesian artists from Samoa, Tahiti, Hawaií and New Zealand. Dmitry Babakhin is "Not" one of these :-) Dmitri comes from St Petersburg Russia... which is as far away from French Polynesia as you can get. Despite this "handicap" Dmitri had a burning desire to specialize in the Polynesian style. As the Polynesian style has blossomed over the years, Dmitry has been at the forefront... and by specializing where there are no others, Dmitry has acquired more experience at large scale Polynesian tattooing than most native tattooists have. So if you have ever wanted a Polynesian tattoo but couldn't afford the ticket to Tahiti, here is your chance to get something from a Master and Ambassador of this style.

Dmitry will be a guest artist at Skin&Bone for the weeks following the Goth Ink Fest 1-15 of September… so contact him immediately if you are thinking of a tattoo babakhin@gmail.com 2 weeks only!!! 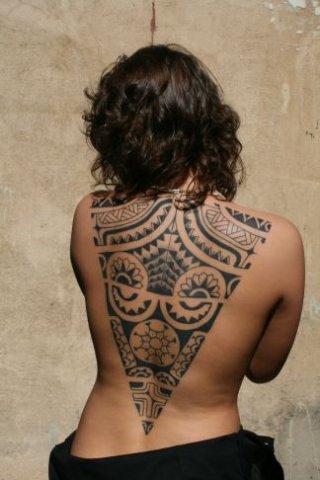 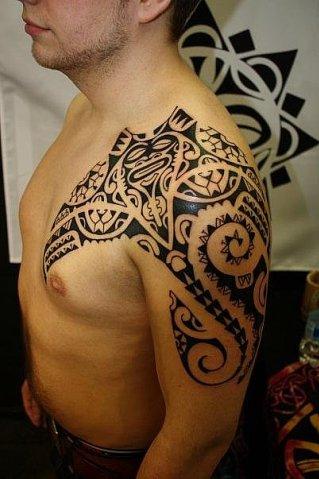