Jinxi Caddal's series of inspirational art books from Out of Step Books has really come along way in the last few years. From the beginning with Eight Arms of Inspiration, a pet project on her love of cephalopods, titles now include, Antennae, Meows & Roars and two volume of Feathers. Jinxi has collected photos of artwork in the top artists in the tattoo community to inspire a future generation of artists. Not just in pictures only, as Out of Step Books donates a portion of all of their sales to buy art supplies to schools in need. Jinxi's latest book, Slithers and Scale of Inspiration is a collection of reptile artwork divided into 4 chapters covering tattoos, painting, drawings and other mediums.
I previously was give a 2 page "Artist Spotlight" in Jinxi's book Feathers of Inspiration which highlighted my work with Haida Indian designs and tools, and talked about the tattooing tradition from Canada's North West Coast
I talked to Jinxi about writing a short article for Slithers & Scales on Nordic Dragons which aren't actually Dragons, but were rather Orm or Serpents. Unfortunatly with hundreds of artists now sending work into Out of Step Books there was no room for text of any type in this issue :-)
So in the words of Sailor Jerry, I'll have to... "let my work speak for itself" 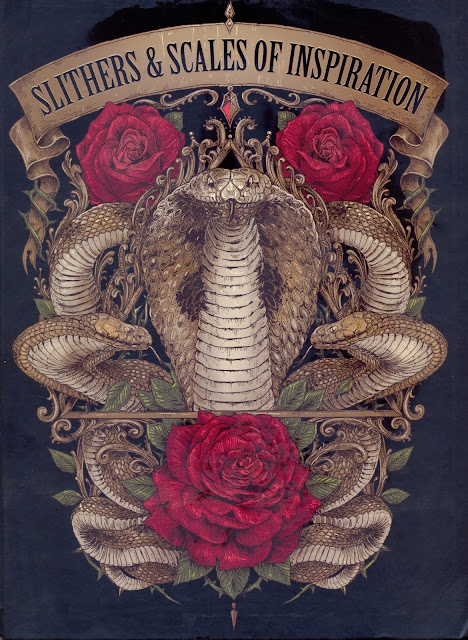 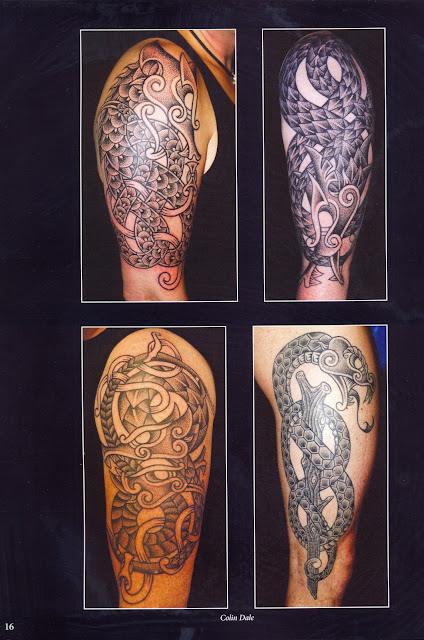 Assorted Dragons/Serpents... 2 by hand, 2 with machine
I asked my apprentice Sofie if she could tell which was which... she nailed it!
At first I was thinking it was because I had trained her well... but now I'm thinking that there must be room for improvement ;-) 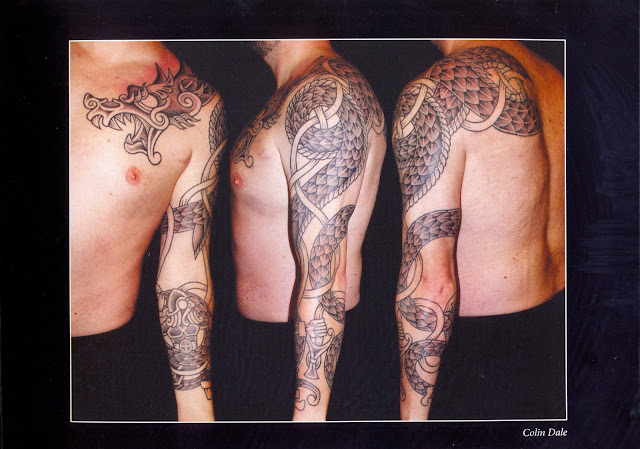 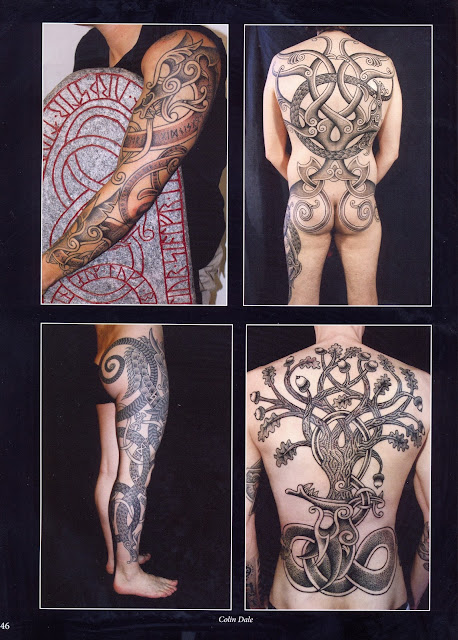 Series of some larger projects
... strangly a photo of the leg sleeve slipped past the editors which they show in the whole later in the book, but not surprising considering how many thousand photos are in the book.
Fills out the page nicely though :-) 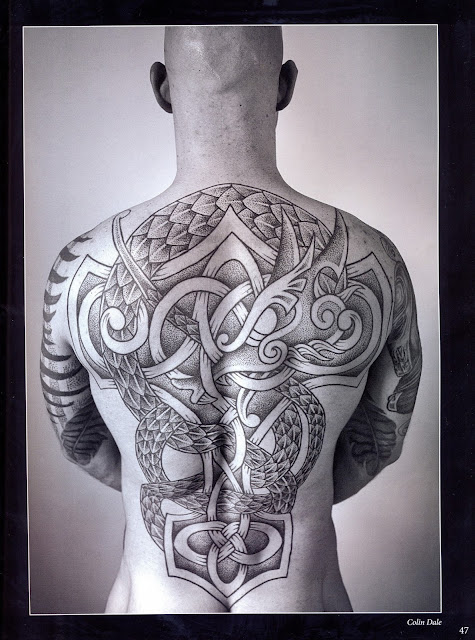 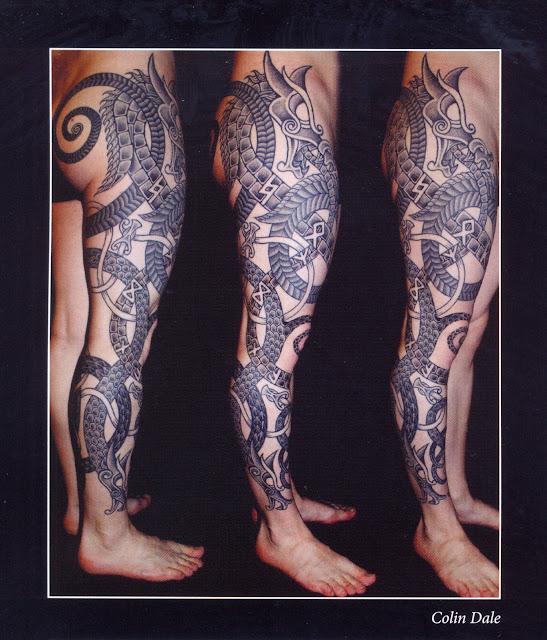 The Quadruple Dragon Leg Sleeve in full
This piece was placed alongside a Celtic half sleeve by George Bardadim
George is generally more known for his Japanese work, but his Celtic work always blew me away when I was just starting as a tattooist... really honoured. 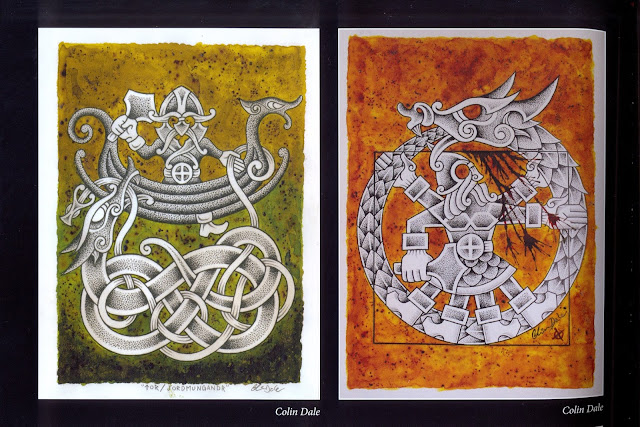 And a few "Blood Gods" made it to the drawing chapter
"Thor's Fishing Tour" and "Vitruvian Thor"
Posted by Colin Dale at 05:01