Lightened restrictions and a new interest in metal detecting in Denmark has resulted in many new finds in the last several years. Not only is this a great source of historical information it also provides inspiration for traditional craftsmen... woodworkers, embroiderers, silversmiths and even tattooists. 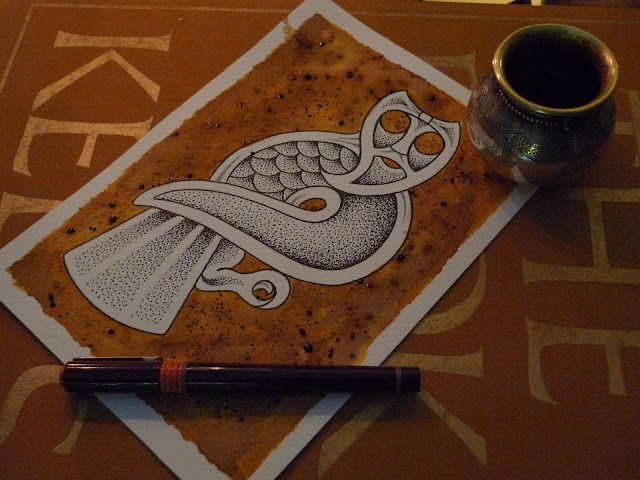 However transcribing any designs into another medium requires a bit of knowledge regarding the craft. Although I really enjoy working with historical designs it is not a matter of just copying the images... it often requires that I change the design in order to make it suitable for a tattoo, while still trying to maintain the aestetics which make the piece recognizable for what it is.
A lot of details of a three dimensional design cannot be seen when drawn on a flat surface due to foreshortening of the design and rounding of the surface. Similarily, many smaller details will not hold in the skin as they spread and fade over the years.
I try to break the image down into it's basic form using alot of negative space and strong graphics so that it will survive the test of time. 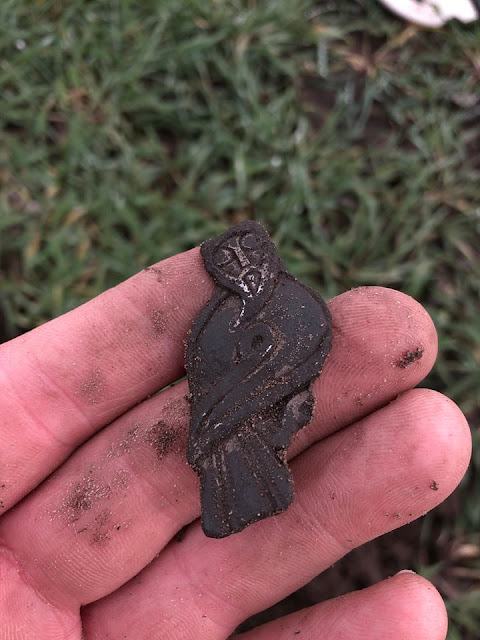 This Fibula/Brooch was found in Denmark last week depicting a bird's body with a human face. People began by calling it Odin, probably due to the All Knowing/Owl like face. However Owls were not always known as keepers of wisdom. In ancient times there were connected to the spiritual world and messengers of the dead. If I were to guess, I would say my preference is more toward Loki. The image could be one of Loki taken from the saga Þrymskviða where Loki steals/borrows Freya's falcon cloak Valshamr to turn himself into a bird. 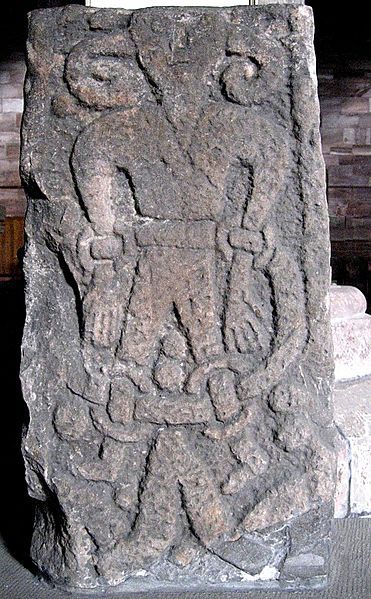 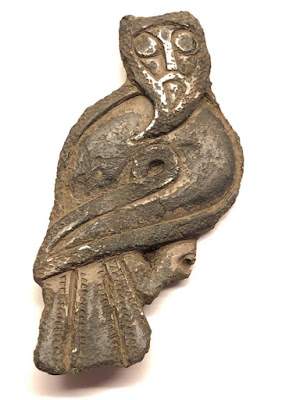 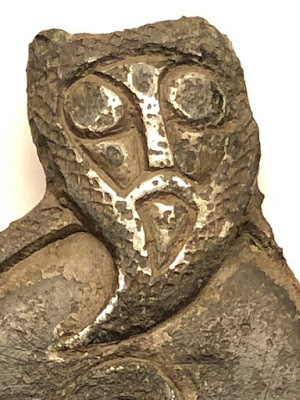 I contacted the Detectorist (Geoffrey De Visscher) responcible for the find about if he wanted it as a tattoo... however he said that he wasn't really a tattoo person. However I still really wanted to do this design, so I did up a drawing and offered a cut rate to the first person to receive it. 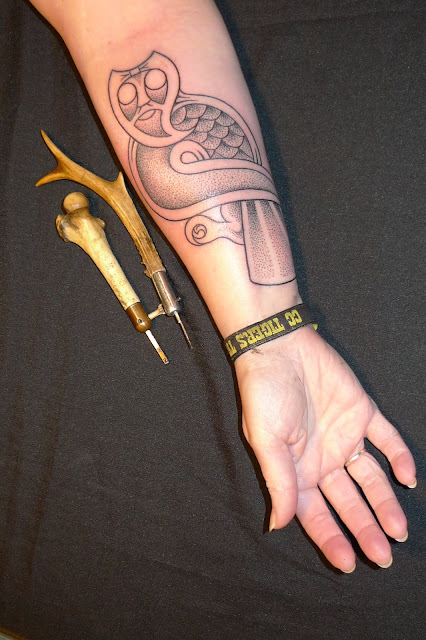 So within a week... Find to Flash to Finished Tattoo
(of course this was all done using tools and techniques which could have been used at the time) 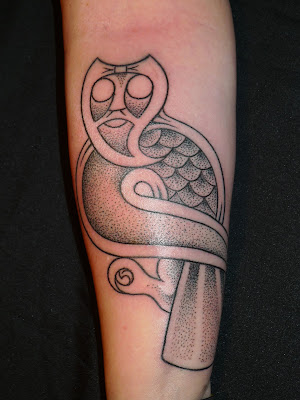 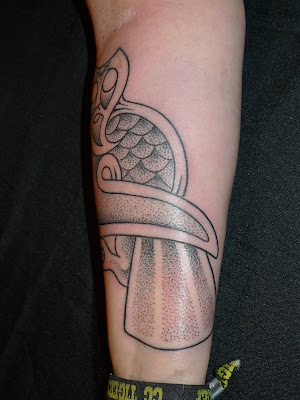 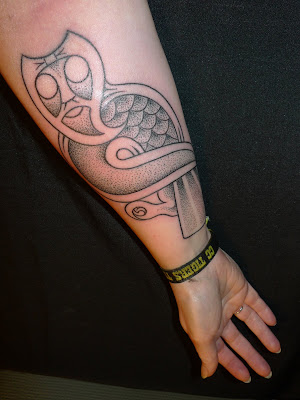 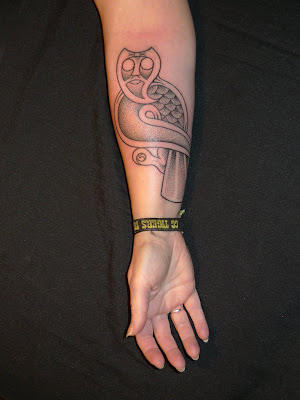 We had to change the design abit from the original as most of the small patterns have been removed... leaving just a simple double negative border. The design was also done as a mirror image as in tattooing figures are usually placed facing forward... this had the added benifit of flowing better with the forearm, as the center of elbow is never in line with the center if the wrist. 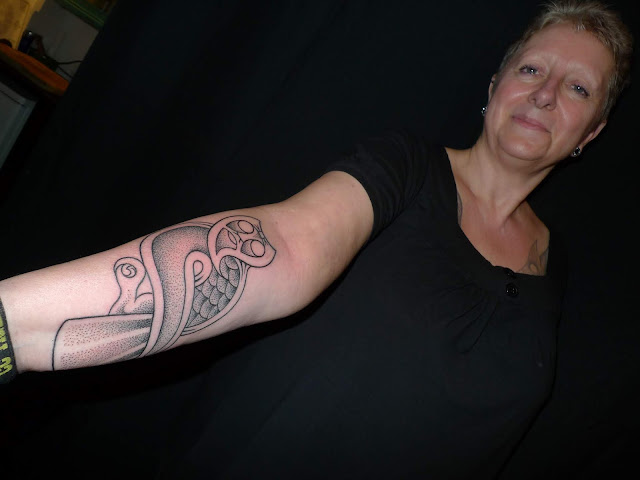 Thanks to May Britt for sacrificing her right arm for this tattoo
Posted by Colin Dale at 15:35